(This is P holding him in the picture, not me)

Meet Bear, our the newest four legged friend to our clan. Bear is an off spring of our dog, and our bff's dog. ( I know you can't tell from these pictures, but he has the coolest ice blue eyes)
We have a border collie and love him. He has the greatest disposition, and is extremely smart, and when we had the chance to take one of the 4 puppies of the litter, we chose him.
It is possible P's mom and dad might take him, but if not, then we are going to keep him.
Its been a hilarious week with this new puppy in our crib.
Posted by Live Simply- Live Well at 7:11 AM 1 comment: 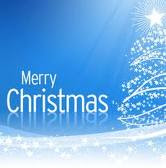 Cake.Pie. Cookies. Gumbo. Grandma. Presents.Laughter.Fried Chicken. Spin Class. New puppy.long drives.movies. Church at midnight.hugs.arguments.more laughter.too much food. feeling full on food and love.
Ate too much food. At too much bad food. Will someone please pass me a carrot?
Posted by Live Simply- Live Well at 7:40 AM 4 comments:

There are some perks to being a teacher--not many, I grant you, but there are some. To be specific, the schedule. I get more than 3 months off every single year, and I get paid for it, in my book that equals AWESOME!
The last day of school was Thursday, and I have spent the last few days just hanging out. I have been on a bit of an Internet hiatus, and it was great. I have not checked email, facebook, blogs or anything since Thursday afternoon. I have spent the weekend with family--eating an insane amount of good food, going on a spectacular hike, and reading good books. I have read 2 books in the last 2 days, and it was totally refreshing to have the t.v. off, Internet off, radio off, and just sit in the sunshine and read. Fabulous.
I was not reading anything particularly, lets say---mentally stimulating--just good funny, sweet, "beach reads." These were the perfect books for me to read and just relax.
First up we have My Fair Lazy by Jen Lancaster,

This book is sarcastic, snarky, a bit inappropriate, and completely hilarious. So, its right up my alley. If you have never read Jen Lancaster, go out and buy any of her books, any one, and you will laugh so hard, you might pee in your pants. My favorite of all the books she has written is Bitter is the New Black. This girl is fully of spunk, sass, and and a must read. 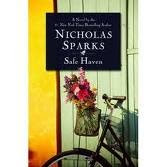 Then I went the sappy route and read Safe Haven. His books are predictable, yes, but they are such good reads. I have read all of his books, and I always know whats going to happen at the end, but he just writes really great love stories.

Now off to get some errands done before heading out of town. 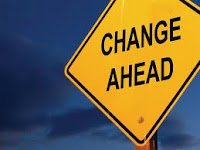 I know that it is a bit early for New Year resolutions, but it is not to early for reflection. The past few weeks I have spent a lot of time evaluating the past 300+ days, and they have been full of changes, changes, changes. As someone who hates change, you would have thought I hated this year. P lost his job, we moved, we bought a new car, we moved again, were homeless for over a month (spent several weeks home hopping this summer, and 10 days in a "hotel", a few days with family, and then into yet another hotel), my best friend moved 3 hours away, I was promoted and changed positions at work. Its been a crazy year.
Coming out of it, I feel stronger. Did I like all of this change? No. But this year has really tested me, tested my marriage, and coming out on the other side feels good. To know that not only am I stronger, but P and I are stronger than ever is awesome. Now it feels like its time to rest, and enjoy where we are.
Except, there are more changes coming. It was almost a year ago that P's company announced they were closing their doors. He stayed on for a time to help close things out, and help tie up some loose ends. He subbed at my school for 9 weeks at a P.E. teacher, we both took seasonal jobs as cooks for 3 months this summer, and then he found work driving tractors for some farmers. He had a couple of job leads here and there, and a few phone calls, and interviews, but nothing panned out.
Then about a month ago P had 2 interviews, and 2 job offers! After months of nothing, 2 offers! We prayed about what to do, and then made the decision on which job for P to take. He was so excited about one of the job offers, and it is a position that will suit him perfectly; its almost like this job was created just for him.
Here's where the changes start. We will be moving again. On the bright side, we will be moving to a city we love, and have talked about moving to for some time now, Austin!! But in order to get there, P had the option to start in Austin right away building this branch of the company from the ground up, or he could go to training for 6 months to a year and be taught by the company president how to do the job. P and I decided it would be best to do training. However, he has to train in Dallas, which is 4.5 hours away.
In January P will be moving in with his parents who live in Fort Worth during the training. And I will be here. Finishing out the school year. In a month exactly I will be on my own for at least 6 months. Plus, there will be be move to Austin. We are not sure when the move will happen.
So a year of changes, ends up being combined with another year of changes.
I assure you that I will be posting more about this in the upcoming months, but that is the state of things right now.
I am spending my time enjoying P and really trying to soak in the moments we have together, before January.
Posted by Live Simply- Live Well at 4:24 PM 2 comments: