I'm so sick of these jackholes 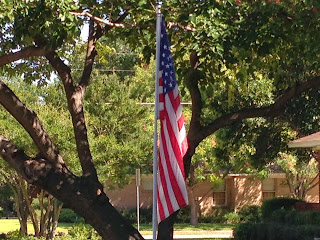 All of these words describe how I feel about 99.9% of the American government right now. I am sick and tired of the petty bickering, political posturing, and flat out lying that I see every single day from our elected officials.

If I have to hear one more left leaning liberal politician dodge responsibility for themselves, I may scream. If I hear one more right wing conservative whining, I may punch the t.v.

I have been consuming too much news the past few weeks, and I realized, I need a time out from the 24 hour news cycle that I am constantly listening, watching, and reading.  I have had my limit for right now.

Obamacare, sequester, filibuster, Syria, Recession, government spying, drones, or Debt Ceiling. Take your pick, its all bad. Democrat, Republican, Senator, President, Congress woman, as far as I am concerned,  they are ALL doing a terrible job, and they ALL need to be removed from office. If I functioned at work the way our government functions on a daily basis, I would be out of job and on the streets.

Something happens to our elected officials when they enter DC airspace. Its as if, they suddenly lose their minds, and forget who put them in office, and what we expect them to do. They become more concerned with keeping their jobs, saving face, and boosting their ego, that they are willing to take our country to the brink of disaster.

I am too much of a libertarian to trust the government.  I want fewer laws and more freedom. I don't want to be forced into things, I want to voluntarily do them. I don't do anything illegal other than speeding occassionally, and I don't want big brother aka the federal government listening to my phone calls.

Normally, I can stomach quite a bit when it comes to our government, but right now, I am so frustrated by what I see and hear from these people.  What is so frustrating to me, is that, they fail to recognize, their actions, or inactions have real consequences. They really do affect people. Its getting to the point where, I feel as if I have to safe guard myself from my government. This body, this entity was created by the people, for the people, and that seems to be a forgotten notion.

I am stepping off my soapbox now. Someone, please tell something good thats happening for you!!

you know...I don't have anything brilliant to say except perhaps turn off the TV.

i'm a head-in-the-sand type. so "Agents of S.H.I.E.L.D." premier was something good that happened to me this week. :P

very much agreed. i used to be pretty conservative, but now i also consider myself a libertarian. i cannot stand anyone in government it seems - local, state, and federal. tired of paying money so people can sit at home collecting a check under false pretenses and tired of seeing it go to other countries as well. ugh! when will it end?!
on a good note. let's see...
tomorrow is friday. i'm going to look for a new pair of toms. the sun is shining.
have a good day (: