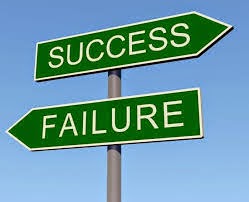 A few weeks ago, some clients and I were waiting for a meeting to start, and we sat around a conference table chatting. Looking around the table, it was easy to assume who made the most money and who made the least.

During our small talk, the subject of vacations came up. Some in the group shared about their road trip to the mountains, others shared their experiences with staycations, while another meekly explained that he had been on a European tour for 3 weeks earlier in the summer. Right after he shared, he changed the subject, and steered the conversation in another direction.

Later, as I was processing the meeting, I had to wonder, was he ashamed of his trip? Clearly, he dropped quite a bit of money. Why was he so hesitant to talk about it?

While it is not always fair, it is human nature to rank each other. Tallest to shortest. Most beautiful to least. Wealthiest to poorest. It was easy to see that as the owner of a very successful company, he had enjoyed a high level of financial success. He worked hard, and has been rewarded, handsomely.

It seems to me, that for those who have excelled and found success in this economic climate, many seem to be ashamed of their wealth. Is it humility? Is it meekness?  Is it out of respect for others who have not fared as well, or worked as hard?

In this economic climate, especially among the younger white collar workers, it seems as if there is a trend to hide their successes, and play up their liabilities.  Its almost like because many American's have struggled since 2008, that those who have made gains must have been ill gotten, or just lucky.

Tell Me: Are you ashamed of your success? Have you seen this trend too?

I'm not ashamed of my success yet, I am not one to brag either. (probably why I am not on facebook!) I think it is pretty cool that the guy who went to Europe was modest about it!

this is my hubby to a "T" as far as he's given instructions on how to answer when someone asks how his business is doing. (and yes, he is doing better since the downturn)