Hey friends! I hope that everyone has had a great week.
It's been a crazy week here in Dallas. Between the ebola patient a mere 10 miles from us, and a major storm that has caused major damages to the city, I think everyone here is ready for a few days off.

With that being said, its time for Friday Confessions!

1. On Sunday we bought a box of brownies. We baked them, and then proceeded to eat the entire pan before it even cooled off.  My husband and I ate ourselves sick. But, it was delicious. We would take a few bites, then put it in the freezer to cool off. 30 seconds later, we would pull it out, take a few bites, and put it back in the freezer to cool off. Repeat about 4 more times, and the pan was gone.

2. I wore 2 different earrings to work. They were vastly different earrings. One was a stud, and the other was dangly. No one told me. No one gave me a heads up. I didn't even notice when I looked at myself in the restroom.

3. I walked out of my office and into Target looking like the picture below.  I had a soccer game Tuesday night, and forgot shoes and a sports bra. When I changed in the restroom at work, I realized what I had done, and so I held my head up high, and walked out of the building and into Target in soccer shorts, a silk top from Banana Republic, and heels. Not to mention the awesome sock line because my dress socks were too tight. Why I didn't just put my black pants back on is beyond me. 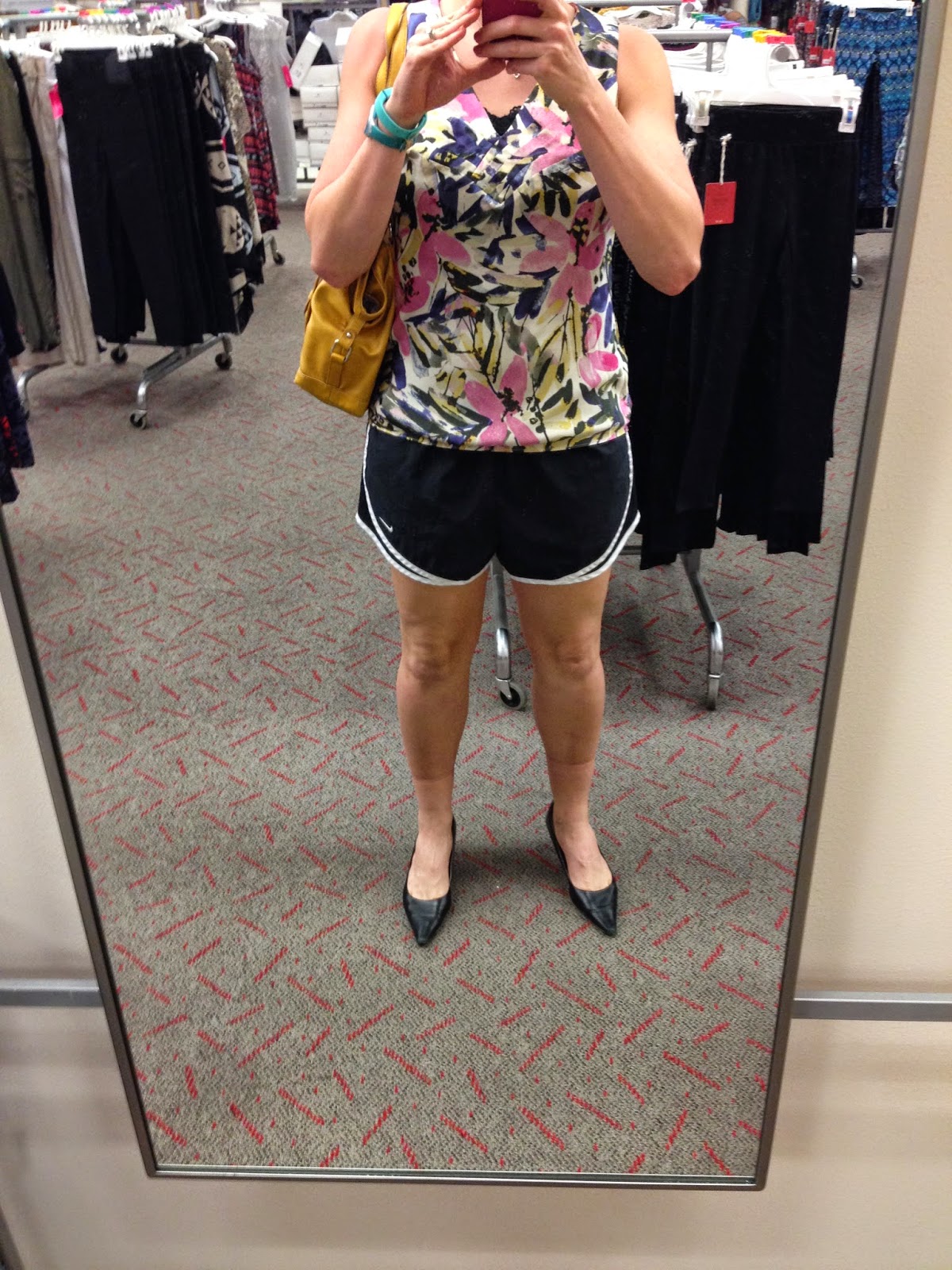 Ok, now its your turn. Fess up friends!

oh, how i've missed your posts. i love these! i just haven't blogged in so long. have to get back into it so i can keep up with yours.

Haha I love your outfit! :)

I'm dying over the picture, good for you!