I just could not help myself

A few weeks ago I wrote a guest post for Leslie over at The Dream Tree and I wrote all about how much I adore Pinterest, but how everything I have ever seen and tried from Pinterest has been an epic failure. I swore that I was not going to try anything I saw from Pinterest, I refused to partake in any crafts or cook anything that I saw.

Alas, I am a liar, I got my Pinterest all kind of on this weekend. And, to make matters worse, everything I tried turned out great. Crap.

I told P that I was getting in touch with my creative side. He responded by saying "I think you are just now developing a creative side." My type A personality that likes everything at right angles, and nothing to be messy hates this. When you do crafts, which I normally call "arts and craps," you have left over parts and pieces, and I guess you are supposed to save them and turn them into another crap, I mean craft. But, I am not going to focus on that right now, I am going to focus on the fact that I did some Pinterest activities that turned out great! 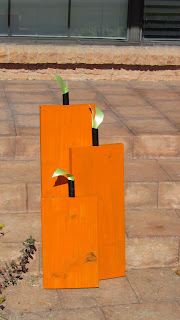 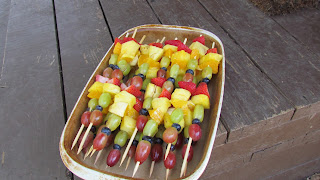 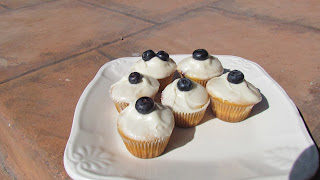 Have you tried anything that you saw on Pinterest that turned out well?

Good job!! They turned out great! :) I haven't tried anything on Pinterest yet, but there is lots of cool stuff!

Love your pumpkins! I pin tons but mostly just for inspiration for my own projects (usually much cheaper ones:)

see, i knew you had it in you. you're all sorts of creative.
i need to make those kabobs for a trivia nite tomorrow...thanks for the idea (: